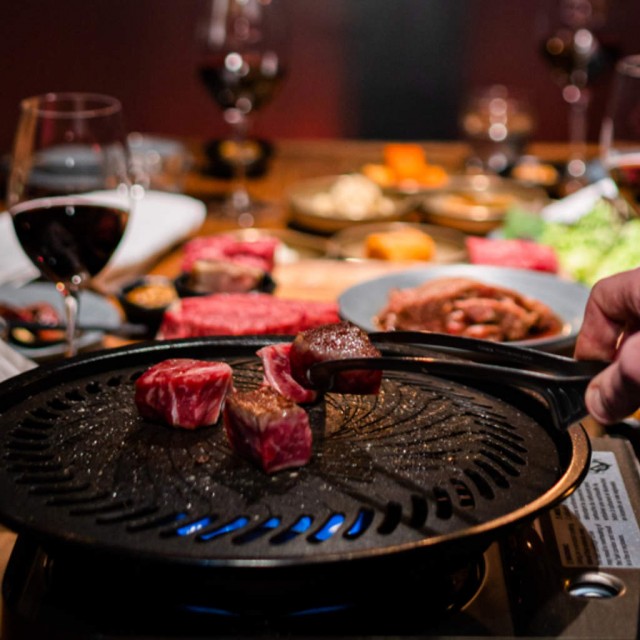 Miami’s new heat isn’t just about the beach. The hottest dining neighborhood in the city, and perhaps the country, is the ritzy Design District.

This strollable area, which is living up to developer Craig Robins’ vision as a total-package luxury destination, has only gotten more desirable during the pandemic.

“Covid disrupted people’s habits,” Robins says. “So people had a chance to reevaluate what is best—not, like, what do I normally just default to. It created a moment of real discovery in the neighborhood. During Covid, we signed nine restaurant leases, which is astounding. It’s counterintuitive.”

Robins mentions forthcoming Design District openings that include outposts of Miami’s Bachour Bakery, Toronto’s Sofia, New York’s Tacombi and French market Biltoki. And with recent deals signed for flagships from fashion powerhouses Chanel and Maison Margiela, in an area that already has Gucci, Louis Vuitton, Balenciaga and so many other top-tier shopping options, Robins is doing his best to handle all the demand he’s seeing.

“Twelve of our existing fashion brands have asked to expand,” Robins says. “We can’t accommodate all of them. We’re trying to figure it out.”

Robins has rights to add 2 million square feet in the Design District, but there are already plans for office buildings, a “high-end club with hotel rooms” and a boutique hotel. Robins is also seriously considering residential units.

“As each new thing happens, it brings in more people and it increases critical mass and it just feeds itself,” Robins says. “And I think the entire food and beverage offering is a big factor.”

Here are six places where you can do a proper heat check of Design District dining.

“This is Major Food Group’s first private membership club,” says Major Food Group co-owner Jeff Zalaznick. “We thought that, given the landscape in Miami and this incredibly special location we found, it really felt right to open something very exclusive, very high-end, very private. And we really wanted to differentiate ourselves from other clubs by focusing on having the best food.”

ZZ’s Sushi Bar has brought in two renowned chefs from New York’s Sushi Zo, Masa Ito and Kevin Kim, who are overseeing a 14-seat omakase counter. Getting the highest-quality fish from Japan to Miami has involved rerouting planes, Zalaznick says. In addition to the sushi counter, which is made with three layers of marble, ZZ’s has an indoor-outdoor modern Japanese restaurant. The menu showcases a wide array of Japanese beef, including olive-fed wagyu, snow-aged wagyu and true Kobe steaks.

Other amenities at ZZ’s include Thomas Waugh cocktails, an extensive collection of Japanese whisky (with shots of rare selections that range from $50 to $1,000 a shot), an upstairs speakeasy-like cocktail bar, a backgammon terrace and a cigar lounge with cutters, ashtrays and lighters personally curated by chef Mario Carbone. Guests can smoke coveted Padrón 50th anniversary cigars or store their own cigars on-site in an antique humidor. Wine storage is also available, of course. A boutique bottle-service lounge at ZZ’s is coming soon.

Simon Kim signed a pre-pandemic deal to bring his beloved Korean steakhouse from New York to the Design District. He then took a gamble and opened during the pandemic, and his decision has paid off in a huge way. Cote, with its aged wagyu (cooked on tabletop grills), steak omakase, caviar tastings and seafood towers, is constantly buzzing. It’s a place where both the fashion set and the food-world elite eat banchan, galbi and kimchi jjigae while in-the-know locals and tourists fill out the sleek dining room. The excellent service and expertly calibrated cocktails all take the Korean barbecue experience to another level. It almost feels futuristic and fantastical, but it’s available every evening in the Design District, if you can score a reservation.

The lush, garden-inspired patio of this New York transplant, led by chef Alain Verzeroli, is a comfortable spot for leisurely prix-fixe lunches with a rainbow of fresh produce before an elegant main course of meat, fish or spelt risotto. For dinner, options include grilled lamb and whole Maine lobster. Or you can visit sister restaurant L’Atelier de Joël Robuchon upstairs for crispy langoustines and Dover sole.

Valerie, Nando and Fernando Chang’s new Peruvian Nikkei spot is wowing the Design District with ceviches and tiraditos that pop with spice and acid. Other shareable dishes include creative sushi rolls that involve crispy quinoa or sweet plantains. The Changs recently started a series of Itamae collaboration dinners with prominent Miami chefs like Timon Balloo.

“We don’t mind being a destination,” says Grutman, who opened Swan in 2018. “The fact that the Design District is so busy, so on fire, just helps with what we’re doing. It’s great to be in sync with what’s going on there. We always bought into the fact that the Design District would be the next high-end shopping mecca for Miami, and it’s definitely delivered on that big-time.”